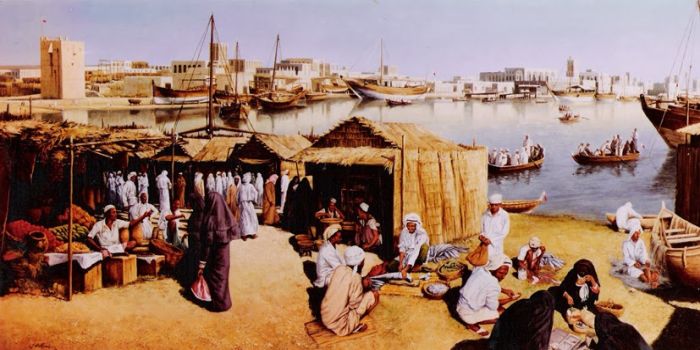 Although stone tools have been found at many sites, little is known about the UAE’s early inhabitants as only a few settlements have been found. Many ancient towns in the area were trading centers between the Eastern and Western worlds. The remnants of an ancient mangrove swamp, dated at 7,000 BC, were discovered during the construction of sewer lines near Dubai Internet City. The area was covered with sand about 5,000 years ago as the coast retreated inland, becoming a part of the city’s present coastline. Pre-Islamic ceramics have been found from the 3rd and 4th century. Prior to Islam, the people in this region worshiped Bajir (or Bajar). The Byzantine and Sassanian (Persian) empires constituted the great powers of the period, with the Sassanians controlling much of the region. After the spread of Islam in the area, the UmayyadCaliph, of the eastern Islamic world, invaded south-east Arabia and drove out the Sassanians. Excavations by the Dubai Museum in the region of Al-Jumayra (Jumeirah) found several artifacts from the Umayyad period.